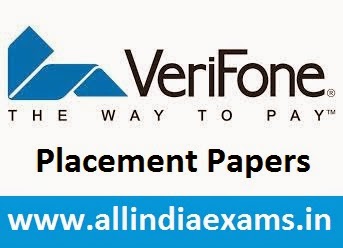 1. Read the comprehension and answer the questions that follow:
Soft bodied animals like caterpillars often fall a prey to voracious hunters like birds or reptiles. Despite having no means to ‘actively’ defend themselves, with weapons like claws or jaws, they have nevertheless, evolved other equally effective deterrents. A particular species of the caterpillar lives at an altitude of 2.500 meters in the Himalayas. It uses prominent color to inform would-be predators of its in edibility. In the event that an inexperienced or adventurous bird did eat the caterpillar, it would probably vomit it soon after, and subsequently, desist from attacking similar species in future. Though this would do the unfortunate victim no good, the species benefits. A rare example of the martyr among animals. The expression “others equally effective deterrents” mean

A. preventive weapons which have equal effect on others
B. mechanism which scares everyone equally well
C. preventive equipment which it is as effective as something that has been already mentioned in the passage
D. deterrents that are as powerful as those the caterpillars have

2. Caterpillars cannot defend themselves because

A. are passive animals
B. are lazy
C. cannot acquire weapons
D. have no claws or jaws

4. Experienced birds do not attack the Himalayan caterpillars because they are

5. Read the comprehension and answer the questions that follow:
It is to progress in the human sciences that we must look to undo the evils which have resulted from a knowledge of physical world hastily and superficially acquired by population unconscious of the changes in themselves that the new knowledge has imperative. The road to a happier world than any known in the past lies open before us if atavistic destructive passions can be kept in leash while the necessary adaptations are made. Fears are inevitable in time, but hopes are equally rational and far more likely to bear good fruit. We must learn to think rather less of the dangers to be avoided than of the good that will lie within our grasp if we can believe in it and let it dominate our thoughts. Science, whatever unpleasant consequences it may have, by the way, is by its very nature a liberator, a liberator of bondage to physical nature and in time to come, a liberator from the weight of destructive passions. We are on the threshold of utter disaster or unprecedentedly glorious achievement. No previous age has been fraught with problems so momentous, and it is to science that we must look to for a happy future.
What does science liberate s from? It liberates us from

6. To carve out a bright future man should

A. analyze dangers that lie ahead
B. try to avoid dangers
C. overcome fear and dangers
D. cultivate a positive outlook

7. Fears and hopes according to the author

A. are closely linked with the life of modern man
B. can bear fruit
C. can yield good results
D. are irrational

8. In the context of this passage, a martyr is one who dies

A. without putting up resistance
B. without any gain to oneself
C. while defending one’s homeland
D. to save others

9. Fill in the blank with the appropriate word. If she ___________ about his financial situation, she would have helped him out.

A. knew
B. had been knowing
C. had known
D. have known

A. finish
B. will have finished
C. will finish
D. were finished

A. use to play
B. would play
C. were playing
D. were used to play

A. had finished
B. finished
C. have finished
D. finishing

A. he studied
B. he has studied
C. studying
D. study

A. speaking
B. speak
C. to speak
D. spoke

19. If man’s bestial yearning is controlled

20. Select the alternative that logically follows the two given statements.
a. All hamburgers are meals.
b. Some cows are hamburgers.

21. a. All cities have houses.
b. All countries have cities.

22. a. All kitchens have cabinets.
b. All cabinets have shelves.

A. No crabs are mollusk’s
B. Some horses are no crabs
C. No mollusk’s are horses
D. No valid conclusion possible

25. Which of the following most closely resembles the reasoning given in this argument? Every successful mechanic uses cast-iron wrenches. Some mechanics use wrenches made of something besides cast iron. So some mechanics are not successful.

26. Read the following information given below and answer the questions that follow: For getting selected as a Marketing Manager in a company, the candidate must: I. Be a graduate with at least 50% marks. II. Have secured at least 40% marks in the Written Test. III. Not be less than 24 years and more then 29 years as on October 10, 1997. IV. Should have work experience of at least two years as an officer. However, if a candidate: V. Fulfills all other criteria except at (IV) above but has a diploma in Marketing Management, his/her case is to be referred to the General Manager, Marketing. VI. Fulfills all other criteria except at (III) above but has worked as Marketing Officer at least for three years, his/her case is to be referred to the Director, Marketing. Based on the above criteria and the information given each of the questions 16 to18, you have to take the decision with regard to each case. You are not to assume anything. These cases are given to you as on October 10, 1997.
Amit Khanna, born on June 5, 1973, has done his post-graduation in Marketing Management with first class. He has secured 50% marks in the written Test. He has been working in an organization as a Marketing Officer for the last four years.

27. Rohit Verma has been working in an organisation as Officer for the least ten years. His date of birth is February 17, 1964, He has secured 60% marks in the Degree Examination And 40% marks in the Written Test.

28. Manju Sharma is a first class graduate and has done a diploma in Marketing Management. She has secured 50% marks in the written Test. She was 23 years old as on September 5, 1996.

29. The five items: A, B, C, D and E are pushed in a stack,one after the other starting from A. The stack is popped four times and each element is inserted in a queue. Then two elements are deleted from the queue and pushed back on the stack. Now one item is popped from the stack. The popped item is.

30. If Sand is coded as Brick, Brick as House, House as Temple, Temple as Palace then where do you worship?

Verifone placement papers have a dedicated section of reasoning to check your ability to solve tricky questions. Attempt as many questions you can as it will help you in clearing the screening round of Verifone recruitment drives.


3. (A)  The shortage of employable talent has become severe.
(B)  There are more job opportunities than there are qualified professionals.

Solution:
As the number of talented people is less, those with talent are getting more opportunities. Hence, (A) is the cause and (B) is its effect.

4. Statement:
The Parent Teacher Association (PTA) of a school has informed the Principal that they will not send their children to the school unless the school authority reduces the fees with immediate effect.
Assumptions:
I. Majority of the parents may agree with the PTA and may not send their wards to the school.
II. The school authority may accede to the demand of the PTA and reduce the fees.

A. The Suplora does not get attracted to the bait used by the local fishermen and anglers.
B. Most of the fishermen and the anglers like to preserve the flora and fauna of the southern rivers because Tharanga is very much in demand locally.
C. Earlier attempts to market Suplora in south fields as not many people liked the taste of Suplora.
D. Suplora generally feeds in the night while the fishing is done in the day.

6. Statement:
Several labour and industrial courts in this state have no proper premises. Vacancies of judges and stenos are kept pending. – A statement of a retired judge of state ‘X’.
Assumptions:
I. Adequate number of staff and judges helps in smooth functioning of the industrial and labour courts.
II. The state is not bothered about the condition of the labour and industrial courts.
III. Physical facilities of an office help in increasing efficiency of its employees.

Solution:
Tie is worn in the neck and belt is worn on the waist.

8. Event (A):  Banks perceive huge business opportunities in the insurance segment.
Event (B):  As many as 11 nationalised banks are entering into the lucrative insurance market.

Solution:
The banks perceive huge business opportunities in the insurance sector hence, they are in the process of entering into the sector. So, (A) is the cause and (B) is its effect.

9. Statement:
In India, unexpected deaths in road accidents as a result of lack of emergency medical facilities, is increasing by the day. At last count 80,000 people died in road accidents last year, which is one death every 6 minutes.
Courses of Action:
I. Ambulances equipped with the latest technology and accompanying medical crew must be available round the clock at all hospitals to reach the victims on time.
II. Facilities in hospitals should be expanded to treat road accident victims.
III. ‘Flying hospitals’ on wheels must be used to patrol the streets regularly.

A. Only I and II follow
B. Only I follows
C. Only II follows
D. All follow

Solution:
Here the lack of energy medical facilities.
I follows, as it profits the emergency medical facility.
II is based on assumption that hospitals does not have such facilities.
III is not a proper course of action as that may cause a new problem to the vehicles travelling on roads.

11. On reaching the railway station, you find that the train you wanted to catch is just to start and there is hardly any time for purchasing the ticket. The best thing for you is to :

Solution:
rush to the train rather than miss it and inform the T.T.I. at the next stoppage about your inability to purchase the ticket.

13. Statement:
Now-a-days, the number of suicide cases is increasing.
Course of Action:
I. We should change our education system, where the people can learn the basic values of life.
II. Mostly the suicides are seen in youngsters due to stress. The lifestyle, which the youngsters experiencing, is the cause. There is no solution for it.

14. Statement:
Three persons were caught with huge arms and ammunition in the city.
Courses of action:
I. The police should be instructed for night patrolling.
II. The three persons should be set free and their movements should be carefully watched to nab the other criminals.

Solution:
I is rejected because generally the police patrols at night too. II is not advisable because it involves risk.

A. true
B. false
C. uncertain
D. None

Solution:
We know from the first two statements that Lily runs fastest. Therefore, the third statement must be false.

Test your verbal ability for Verifone placement papers and see how much you are prepared for the recruitment drive. Answer each sample question which is gathered from various Verifone English Test Model Papers and check your performance after each attempt.

1. Kanmani is richer than I.

2. Patrick, who was always joking, added ______ to the formal dinner, which his sedate employer did not appreciate.

Solution:
Levity (n.) is an inappropriate lack of seriousness or lightness of manner; frivolity.

Solution:
The words venial (pardonable) and unpardonable are antonyms.

6. I will have finished this work by the end of this month.

7. The French surrendered Qubec to the English in 1759.

Solution:
The words nimble (quick in movement or thought) and agile are synonymous.

12. The workers attempted to ______ the supervisor’s authority by negotiating terms with the clients themselves.

Solution:
To undermine (v.) means to subvert in an underhanded way.

13. Staring at the ______ crystal blue water of the sea, Eileen thought she had never seen anything so beautiful.

14. Person who brings an action at law

15. She was a friendly person