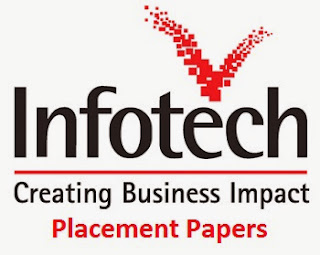 2. Which statement is true about a static nested class?

Solution:
D is correct. It defines an anonymous inner class instance, which also means it creates an instance of that new anonymous class at the same time. The anonymous class is an implementer of the Runnable
interface, so it must override the run()method of Runnable. A is incorrect because it doesn’t override the run() method, so it violates the rules of interface implementation. B and C use incorrect syntax.

4. Which of the following range is a valid long double?

5. In C, if you pass an array as an argument to a function, what actually gets passed?

Solution:
The statement ‘C’ is correct. When we pass an array as a funtion argument, the base address of the array will be passed.

Solution:
Runtime error: Abnormal program termination. assert failed (i<5), , asserts are used during debugging to make sure that certain conditions are satisfied. If assertion fails, the program will terminate reporting the same. After debugging use,  #undef NDEBUG and this will disable all the assertions from the source code. Assertion is a good debugging tool to make use of.

8. A primary key should be defined as

Solution:
Hexadecimal system is better, because each 4-digit binary represents one Hexadecimal digit.

10. Which JDBC driver Type(s) can be used in either applet or servlet code?

11. What is the difference between a LIST BOX and a COMBO BOX ?

12. In a CLIENT/SERVER environment , which of the following would not be done at the client ?

A.User interface part
B.Data validation at entry line
C.Responding to user events,
D.None of the above

13. Why is it better to use an INTEGRITY CONSTRAINT to validate data in a table than to use a STORED PROCEDURE ?

14. Which of the following is TRUE for the SYSTEM VARIABLE $date$

15. Which of the following packaged procedure is UNRESTRICTED ?

16. Identify the RESTRICTED packaged procedure from the following

18. A column defined as PRIMARY KEY can have NULL

19. Which of the following SQL functions can operate on any datatype

20. Which of the following is true concerning systems information in an RDBMS

21. What servlet processor was developed by Apache Foundation and Sun?

22. The software used to drive microprocessor-based systems is called:

23. Which bitwise operator is suitable for checking whether a particular bit is on or off?

25. Each data item in a record may be a group item composed of sub-items; those items which are indecomposable are called

27. Which of the following conditions should exist if you want to convert a relationship to an associative entity?

28. #include gets replaced by the contents of the file stdio.h

Solution:
The preprocessor replaces the line #include with the system header file of that name. More precisely, the entire text of the file ‘stdio.h’ replaces the#include directive.

29. When new data are to be inserted into a data structure, but there is no available space; this situation is usually called

30. Using the SQL GROUP BY phrase with a SELECT statement can help detect which of the following problems?

Solution:
Here all except marbles are precious stones. Hence the answer is (C).

4. During colonial times in America, juries were encouraged to ask questions of the parties in the courtroom. The jurors were, in fact, expected to investigate the facts of the case themselves. If jurors conducted an investigation today, we would throw out the case. This paragraph best supports the statement that

Solution:
The paragraph focuses on the idea that the jury system is different from what it was in colonial times. There is no support given for choices a, b, and c. Choice d is incorrect because, even though jurors in
colonial times were expected to investigate and ask questions, this does not necessarily mean that they were more informed than today’s jurors.

5. In a certain code language ‘CYLINDER’ is written as ‘UHGQGJWA’. How will HYDROGEN be written in that code?

6. In the word ‘PRESENCE’, how many such pairs of letters are there as have as many letters between its units in the word as there are in the English alphabet?

7. Assertion (A) : Milk production is low in India as compared to other countries of the world.
Reason (R) : The animal rearers in India are poor.

Solution:
Milk production in India is low as compared to other countries of the world because of lack of good breed and improper feed. However, R is untrue.

A. true
B. false
C. uncertain
D. None of these

Starting from the left end and following the given order in each series, if a group of three elements is formed by taking symbol from Suresh’s series, number from Ravi’s series and letter from Asif’s series, each symbol-number-letter only once, which of the following will be the elements of the 4th such group formed?

11. Here are some words translated from an artificial language.
aptaose means first base
eptaose means second base
lartabuk means ballpark
Which word could mean “baseball”?

Which of the following will come in place of (C)?

Solution:
A waitress works in a restaurant; a teacher works in a school.

Solution:
The studios have to be not only ‘competent’ but also be able to produce sophisticated creative content with their technical skill or ‘powess’ (great skill at doing something). That is, they should have the technical capacity.

Candidates can check out the English Test Questions and answers along with a detailed solution. Keep on practicing these questions to get success in the Infotech Ciena Placement test.

A. kills
B. kill
C. killing
D. is killing

2. Secularism on the one hand, can be seen as a positive freedom to hold any or no religious faith and on the other hand, it imposes _____ that prohibits the state from taking certain legal actions.
(A) anathema
(B) taboo
(C) maledictions
(D) limitations
(E) restrictions
(F) censure

Solution:
‘Secularism’ rules out A, B, C and E. ‘Limitations’ and ‘restrictions’ are apt in the context.

3. Select the odd one out

A. to ask people in a meeting to be silent so that the meeting can continue
B. to say exactly what you think about something without trying to hide your opinion
C. to decide or agree to stop doing something
D. to doubt something or make others doubt something

Solution:
‘To call a spade a spade’ is ‘to say exactly what you think about something’.

A. include
B. adduce
C. predict
D. show

9. Having had completed my work, I prepared to go home.

10. To be over weighed is not the same as being obese.

Solution:
The comparison is between ‘being overweight’ and ‘being obese’. As the second part of the sentence has ‘being obese’ parallelism demands that the first part also takes the same be-form. Hence, ‘being
overweight’ is the correct way of expressing the idea.

Solution:
Sentence 2 gives additional information which indicates the purpose for the telephone call. Hence ‘in order to’ ‘so that’ ‘to’ can be used to express the idea effectively. The use of ‘while’ is illogical.

12. As lightning accompanies thunder
(P) was mingled with
(Q) so in my character
(R) the mutterings of my wrath
(S) a flash of humour

13. In every field there is pressure to perform. —- After all in every failure there is a lesson to be learnt.
(A) Parents and teachers should guard against putting unnecessary pressures on children.
(B) But instead of succumbing to pressures one has to be motivated to perform better.
(C) Failure is a stepping-stone to success.

For all our viewers, the syllabus and Infotech Ciena placement papers provided on this page are just for information purpose only. Sometimes companies may change their syllabus and exam pattern. For more latest fresh updates candidates can check out our website All India Jobs daily.